It should come as no surprise that Citibank would turn up in the Online Finance Flaws series.
Given their active role as root cause participant in our current economic downturn, Citibank has managed to invoke the ire of more than one critic.
The lesson I'll offer here is a simple one, unrelated to economics.
If you outsource development, and fail to manage the process, including the security development lifecycle (SDL), or lack thereof, you put your enterprise at risk.
I admit I am assuming outsourcing in this scenario, but I believe given that the vulnerability was found in a Citibank Hungary offering, I don't think I'm off the mark.
Citibank ignored me entirely so I decided to pass the findings off to the Microsoft Vulnerability Research (MSVR) program and see if the team could make contact with the right folks. The MSVR program is both very young, and in a current state of transition, but they obviously had success as the following vulnerability has been repaired. Hopefully I'll be able to provide more detail on this program in the future.
Citibank Hungary suffered from a cross-site scripting (XSS) vulnerability at the from variable as submitted to the form.jsp script.

It afforded me ample opportunity to inject a little humor (pun intended).
Here's the video if you'd like the long version; please note all the "security" references I capture prior to finding the site to be in complete contradiction to those references.

The following screen shot captures the essence of the message. 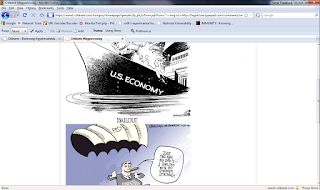 Here's the string resulting in the above screen shot, to give you injection context.

All security implications apply here: phishing, PCI, damage to brand and reputation, risk to consumers, etc.
That said, it appear that just a few of the kabillions of bailout dollars bestowed upon Citibank might have gone to a web application protection mechanism applied globally to all Citibank sites.
I'd love to say it came on the heels of this vulnerability being disclosed to them, but alas, I'll likely never know.
As I poked about to see what sort of results the old vulnerabilities generated, as well as poking for any other lapses, I universally received this URL.
It shows a 404, but the implications are something WAF-like is nailing common Javascript strings, given that the URL declares /domain/spoof/intercept.
Makes me feel good to see my tax dollars hard at work. ;-)